2  Since Vince Lombardi’s advice on not having a football team at UWGB was taken, there was a need to have a sports team be the focus in the fall semester. Soccer was that sport, and it would coincide with the homecoming festivities. In one of the first newspapers the students wrote for the 1969 semester, the writer went over how soccer will be the breakout sport for UWGB. He elaborated how it was more fast-paced of a sport than football, and how soccer was constant while football has downtime. Lombardi thought it would be a good idea to tie a sport to the annual homecoming festivities. Normally football is associated to homecoming, but since football was out of the question, the next closest thing was fútbol — also known in the United States as soccer.

The UWGB men’s soccer team had become a success, producing winning seasons in their first five seasons as a soccer team and actually only attaining two losing seasons throughout the 1970’s and 1980’s. The men’s soccer team had made the NAIA Area III Championship three years in a row from 1971 to 1973, striving to fulfill what Bart Starr had said at the first annual Varsity dinner. The men’s basketball team also was a success in their first decade, only having one losing record in the 1970’s. Although Homecoming never really became

4 an annual thing, it is now being revived and tied in with basketball. In February of 2019, Homecoming will be kicked off by “Krash at the Kress” when UWGB will take on in-state rival UW-Milwaukee. 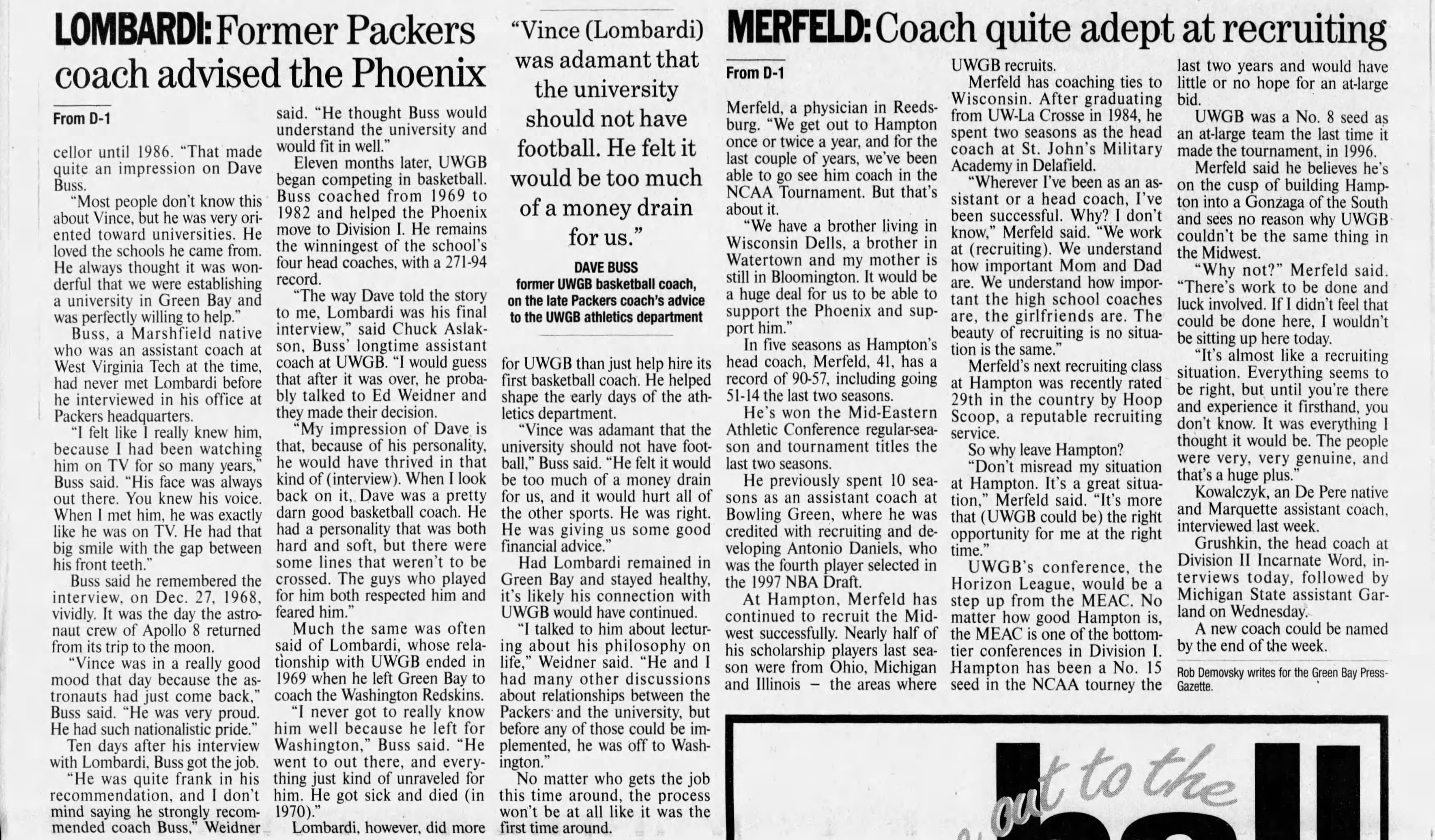