By the 1950s Old City Stadium had become decrepit and unaccommodating facility. As lineman John Martinkovic explained, “The locker room was horrendous, there were concrete floors. It was from the medieval ages” (Povletich, 97). Former Packers running-back Don Mcllhenny had this to say about his experience in Old City Stadium: “I have one memory of that old Green Bay stadium, is just how minor league it was” (Wood). In 1953, Milwaukee built County Stadium, home to the Brewers. 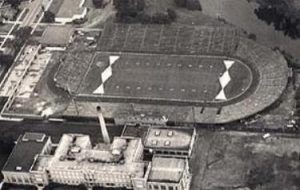